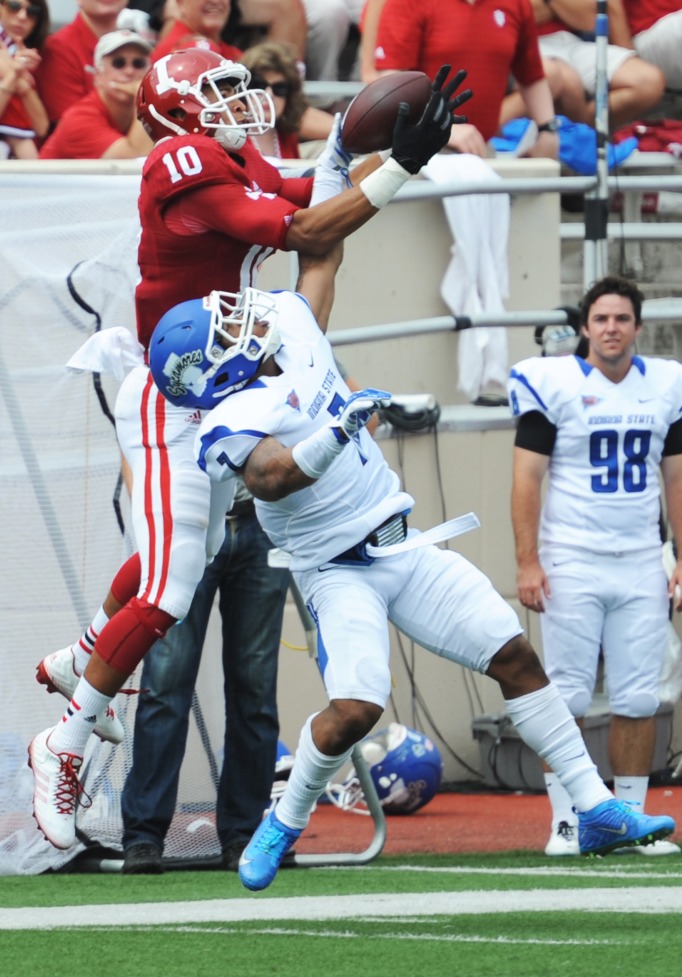 Watching Simmie Cobbs play is like watching Dr. Jekyll battle his transformation into Mr. Hyde. He will make plays that have you jumping out of your seat, then the very next series he will look like he has never played before.

Simmie Cobbs is at his very best in traffic. He does a tremendous job of not only high-pointing the football when he’s among defenders, but he also keeps the ball high once he’s made the catch, reminiscent of a power-forward securing a rebound. (This technique limits the ability of a defender to get a hand in to break up a pass.) Cobbs is also physical enough to create problems for corners, either hand-fighting them off for a catch or drawing pass interference penalties. Cobbs is usually a hands-catcher (and occasionally a one-hand catcher) which also helps him in traffic. He also does a very good job working back to a quarterback once a play breaks down.

The drawback to Cobbs playing well in traffic is that you have to assess WHY he’s making so many plays amongst defenders; his inability to separate. Cobb gets very little separation at all from corners and even less when he is pressed. Whether it’s a deep route or a short screen, Cobbs doesn’t possess the speed or quickness to get away from coverage. When he does drop balls, it’s usually because he lets the ball travel in on his body (while he hand-fights with a corner.)

Landing spot is going to be crucial in evaluating Cobbs. If he lands somewhere with a quarterback willing to throw into tight windows, he can be a valuable asset between the 20s with the occasional touchdown. If his quarterback needs a cushion in order to be comfortable throwing, Cobbs will be a footnote on the 2018 class.